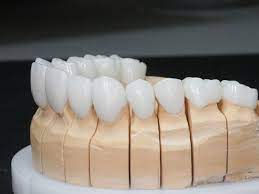 A 62 years female patient named Mrs. Hasneeta visited Neo Dental Care, one of the leading dental clinic in Noida. The patient had an autoimmune disorder and was undergoing treatment for the same and depression. She complained of difficulty chewing and was anxious about dental treatment due to a previous bad experience of extraction (done elsewhere).

The dentist explained the treatment plan in detail to the patient, and extractions were done for required teeth after taking consent. Then, the doctor prescribed the medications and gave post-extraction instructions.

Single sitting RCTs were done, followed by core buildup in required teeth. Tooth preparations were done, and the scan was done and sent to the lab. Temporary crowns were cemented. 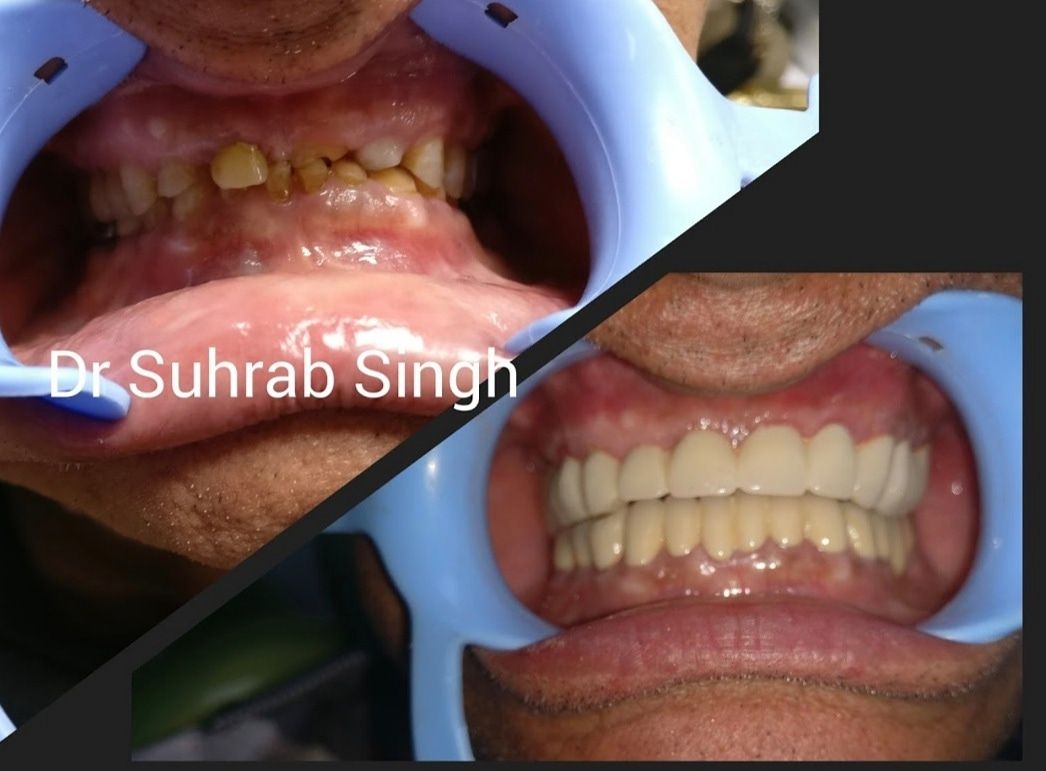 Mr. Arora came to our dental clinic in Noida with trauma from occlusion and deep bite. After a thorough examination with OPG and pulp vitality tests, Dr. Suhrab Singh, our expert dentist in Noida, diagnosed that Dr. Arora had attrition with chronic apical periodontitis and would require full mouth rehabilitation. It included full mouth root canal treatments, gingivectomy, and the placement of ceramic crowns.

Dr. Suhrab Singh, an expert orthodontist in Noida, used the filling to repair the tooth to support the crown. Then, our dentist shaved the patient’s tooth to reduce its size. Further, Dr. Suhrab used the scanner to take an impression of the patient’s reduced tooth.

Using a shade card, Dr. Suhrab determined the shade of the tooth to ensure that the dental crown matches the color of the natural teeth of Dr. Arora. Our dentist created a temporary capping to cover the tooth. Once the permanent crown was ready, the temporary cap was removed. Finally, Dr. Suhrab fixed the permanent ceramic crown and evaluated it after a week to ensure that it is well-fitted on the tooth.

Enter details,our team would approach to help you as soon as possible.